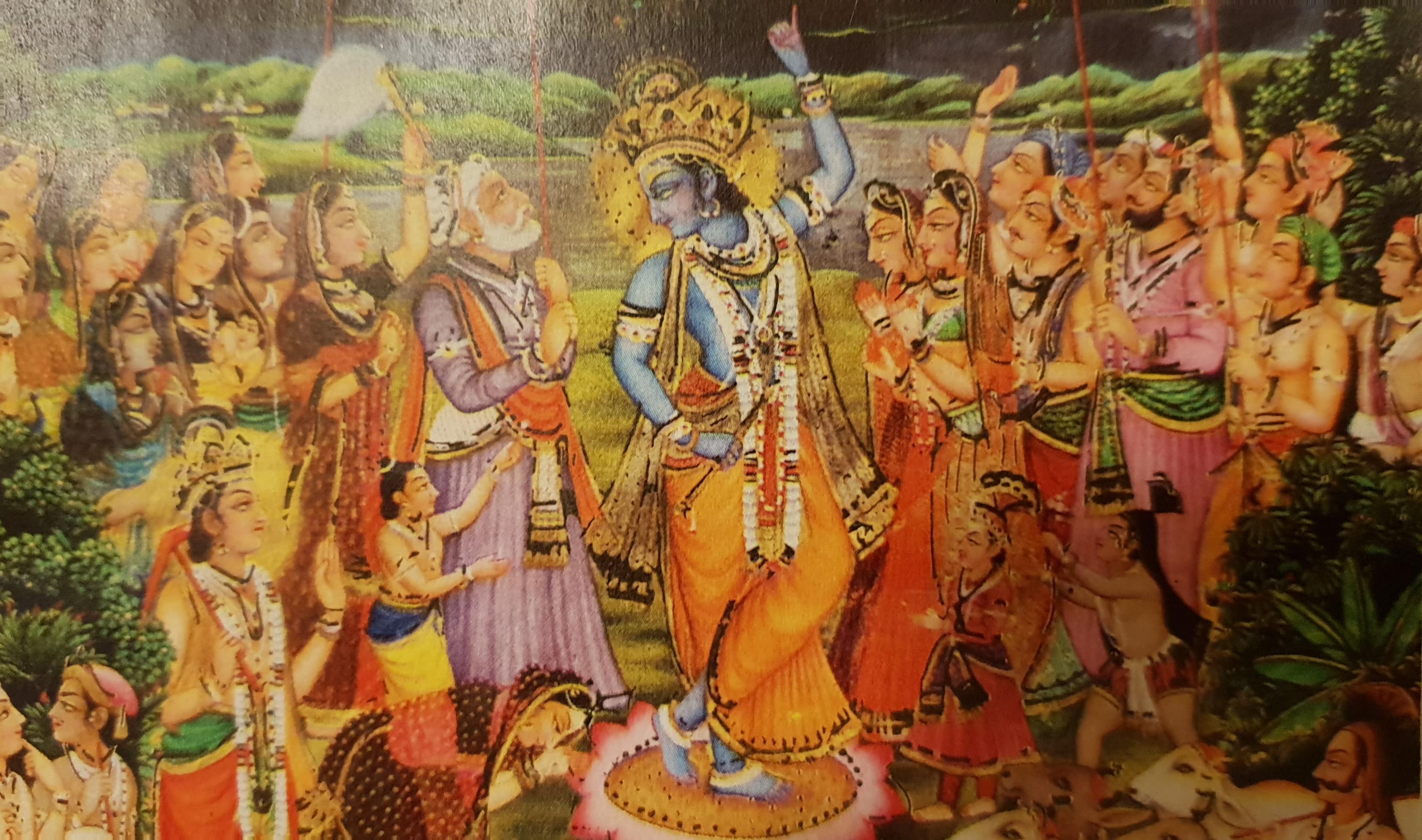 Bhagavad Gita is the holiest scripture of Hinduism. The holy book is the bible of the practitioners of Hinduism, and for all those who practise Sanatana Dharma the earliest avatar of Hinduism before the word Hinduism was coined.

In 21st century, Bhagavad Gita is interpreted not only theists but also by scholars. A decade ago, a workshop was on Bhagavad Gita at Cambridge University’s Centre for History and Economics by bringing in intellectuals and social historians to discuss about Bhagavad Gita – also the philosophical and ethical text. The Bhagavad Gita: Doctrines and Contexts is a book written by Angelika Malinar of School of Oriental and African Studies, University of London and published by in 2007. Angelika Malinar raises issues about theological aspects of Bhagavad Gita, philosophical concepts, religious practices, righteousness of rule, usage of political power and ethical aspects.

In this podcast, we talk to Mr Saikia, or Nilat Pal Krishna Das Prabhu. He teaches physics and a disciple of H. H. Jayapataka Swami Maharaj. He lives in Guwahati, teaches at Cotton University (Cotton College State University and Cotton College). The institution was established in 1901 by Sir Henry Stedman Cotton an official of the British province of Assam during the British colonial India. It had been the oldest institute of higher education in Assam, and the whole northeast India.

Nilat Pal Krishna Das Prabhu gives talks, lectures and interpretations about life and Bhagavad Gita: privilege of human life, reconnecting ourselves with the supreme God (unlike other species), ephemeral and permanent pleasures, attachment with the God (15.7), the supreme personality of godhead, peacefulness now, super-magnetic forces, how to engage with the supreme soul at spiritual level, 4 types of yoga (Karma Yoga, Jnana Yoga, Dhyana yoga and Bhakti Yoga), karma among other topics. In this podcast, he explains about Bhagavad Gita, epic or mythology, relationship between Bhagavad Gita and physics…