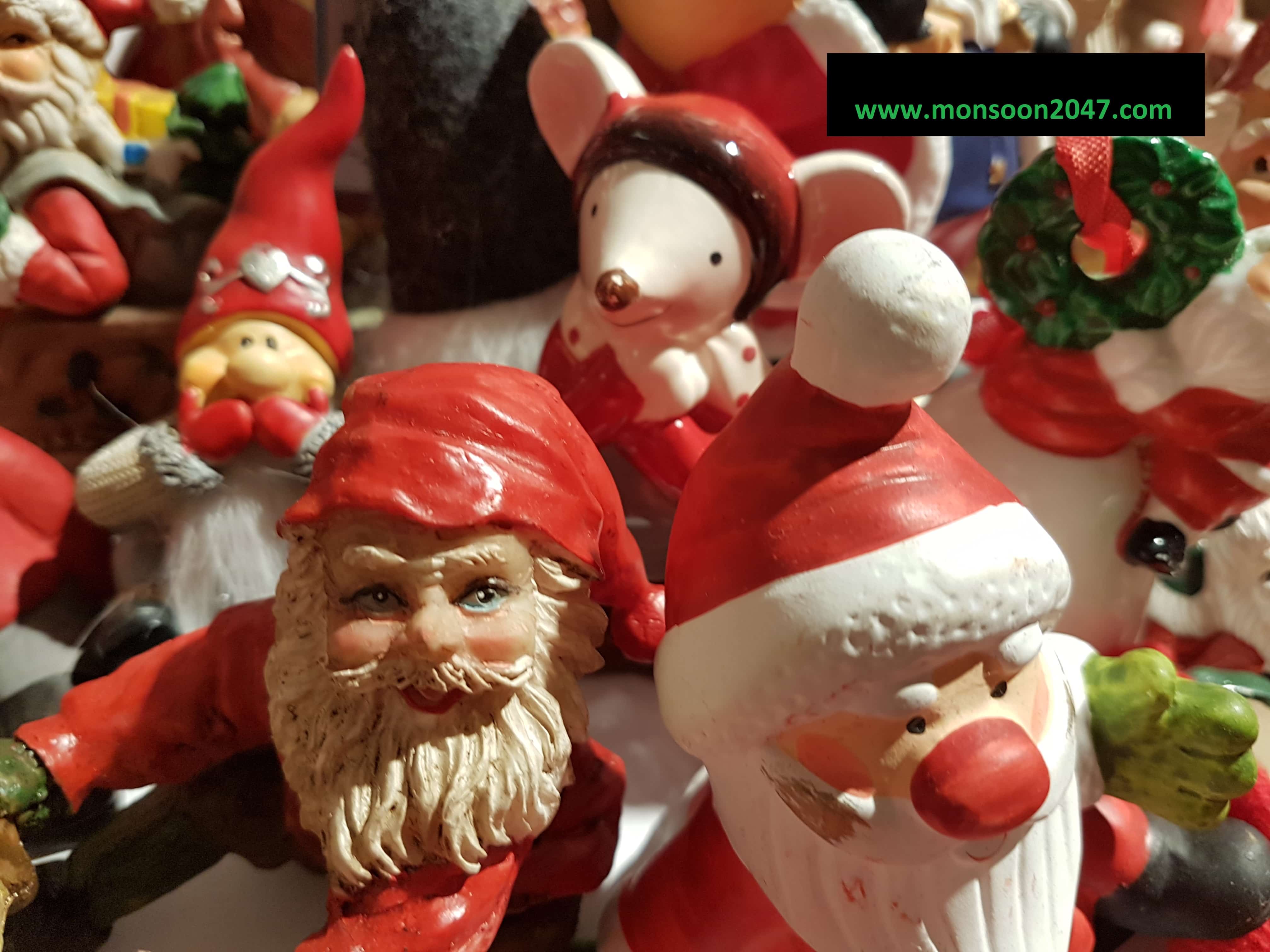 Is Santa Claus a mythical figure, or a magical character, or was a real father figure who came with gifts for kids? Is Santa Claus real or magical? Or combination of one of them or all of them? Mythical, magical, real. Or something else? One can agree Santa Claus is someone who loves others. Many authorities give many interpretations on Santa Claus.

“Santa Claus is anyone who loves another and seeks to make them happy; who gives himself by thought or word or deed in every gift that he bestows; who shares his joys with thosewho are sad; whose hand is never closed against the needy; whose arm is ever outstretched to aid the weak; whose sympathy is quick and genuine in time of trouble; who recognizes a comrade and brother in every man he meets upon life’s common road; who lives his life throughout the entire year in the Christmas spirit,” noted Edwin Osgood Grover, attributed, in The Book of Santa Claus.

In the month of December, every year, it is a warm feeling to see figures of Santa Claus in real life or in unreal life: virtual world. Santa Claus embodies what human beings can aspire for: loving another person, unconditionally, giving a gift but without expecting something in return among others.

THE INDISPUTABLE EXISTENCE OF SANTA CLAUS: THE MATHEMATICS OF CHRISTMAS by DR HANNAH FRY & DR THOMAS OLÉRON EVANS published by TRANSWORLD PUBLISHERS and in the UK by Doubleday – an imprint of Transworld Publishers is the book that raises the basis for the existence of Santa Claus. “It is astonishing that some people still doubt the existence of Santa Claus. Despite the vast amount of photographic evidence, the hundreds of annual reports on Father Christmas’s activities from perfectly reputable news sources and the bulging stockings full of presents that reliably appear on Christmas morning, somehow the doubters remain unconvinced,” the authors note and try to persuade the readers by mentioning “thankfully mathematics can help”.

“The conspiracy theorists have already tried turning science to demonstrate their (clearly incorrect) position). They calculate that if Santa were to visit the …” the book tries to explain.

Irrespective of the magical, mythical and real existence of Santa Claus, one can always be a Santa Claus and cheer a child or some children: generate goodness in your world. Christmas is also about sharing joys, and giving gifts, who else can do that in the place of God? A Santa Claus.