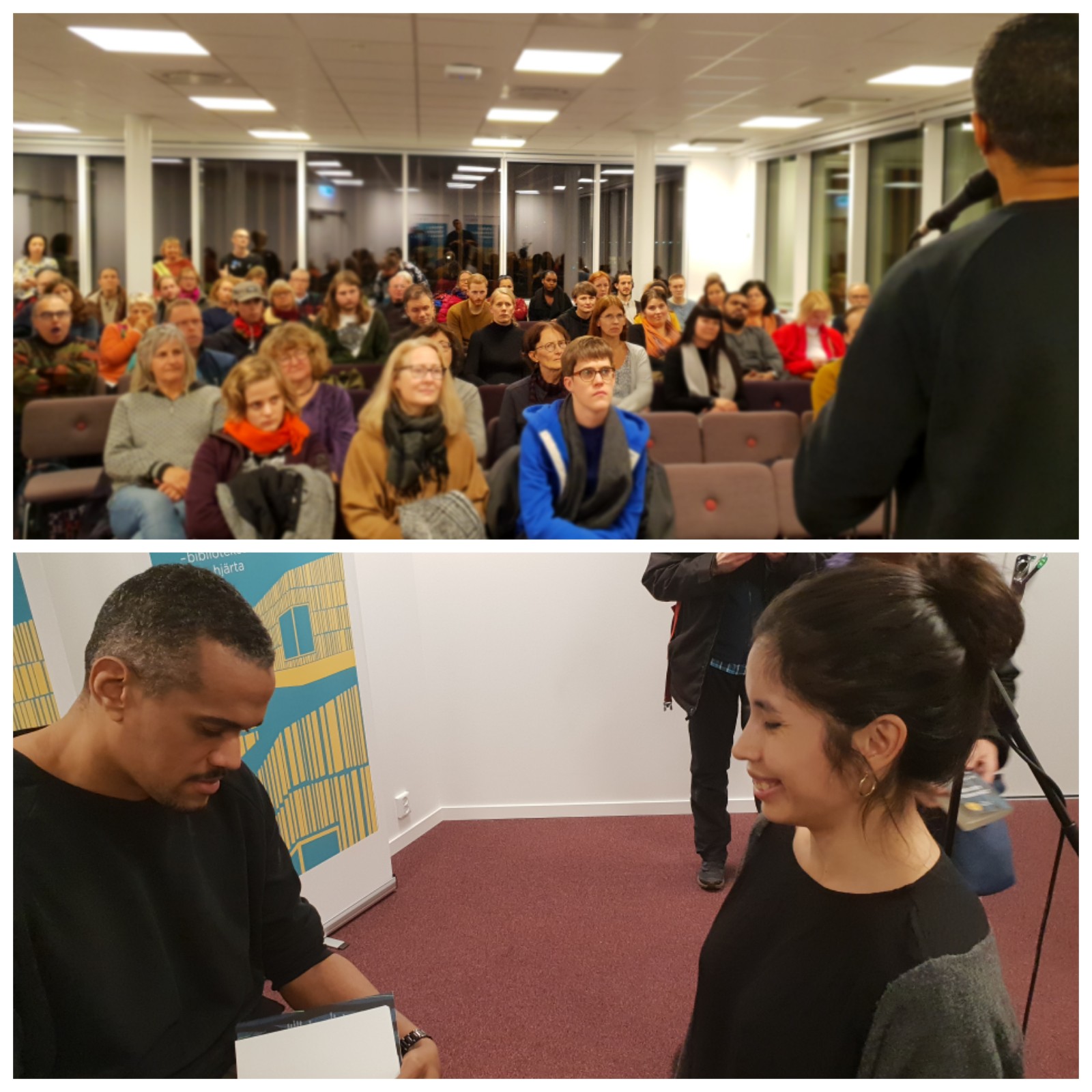 Johannes Anyuru stresses the importance of his mother’s ‘lovely and kind voice’ and how her readings to him of bedtime stories and rhymes influenced his writing life.

Johannes Anyuru is a Swedish citizen of a Swedish mother and Ugandan father. He was born in 1979, and has emerged as one of the leading authors of 21st century Sweden.

In an interview for a podcast, Johannes Anyuru talks about his inspiration in his writing life, about race, and about migration in a world that is globalized and globalizing.

In 2003, Johannes Anyuru debuted with Det är bara gudarna som är nya (Only The Gods Are New). His second volum is titled Omega and his third collection is Städerna inuti Hall (The Cities Inside Hall) that evokes socio-political landscape. Skulle jag dö under andra himlar (If I Were to Die Under Other Skies) is a prose. In 2009, he published his first play Förvaret (Defence) co-written with Aleksander Motturi. A Storm Blew in From Paradise is a novel translated into English by Rachel Willson-Broyles in 2015.

In an interview with SverigesRadio in March 2018, he said, ‘As a Muslim, I have a responsibility for other Muslims’. Sweden’s beloved poet, playwright and novelist, Johannes Anyuru is also the voice of Swedish citizens who have inherited mixed heritage. Has Islam both become a religion and politics? He said in that interview that ‘Yes, so is it, says Johannes. It’s stressful’. Does it feel that you have to answer? “I do not know. I’m trying to explore it. How do I get to answer and is it necessarily bad? If you tell me that some black people in Uganda like your dad come from, who have murdered, what do you think about it, you who are black? What do I have to do with that? But this is where the difference comes in. If I get to account for what other Muslims do – it is not obviously bad that I also have a responsibility. I do not know if I distinguish myself from others, but I speak as an author and as an independent intellectual.”