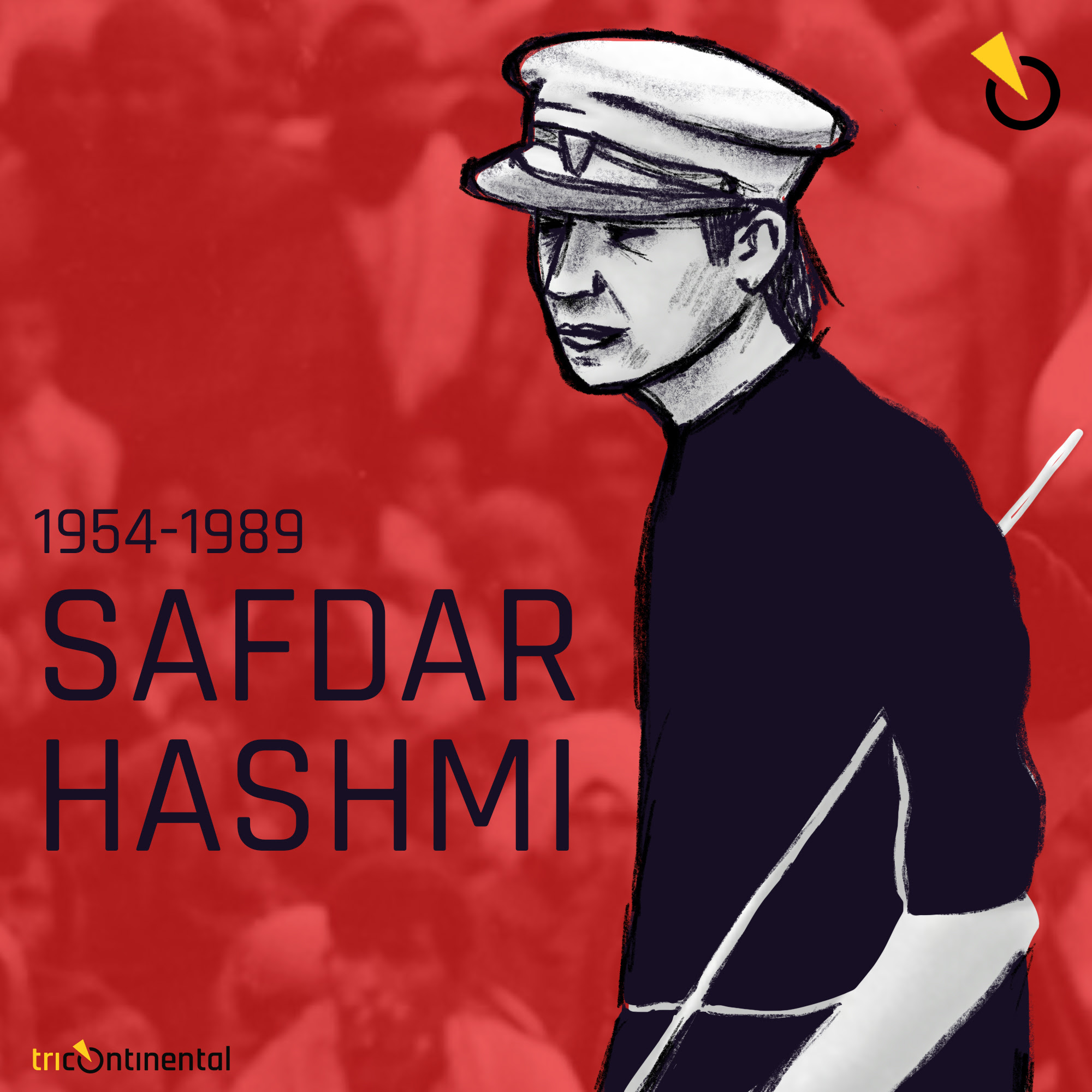 Safdar Hashmi is also a symbol of resistance against authoritarianism. Hashmi was born on 12 April 1954 and died on 2 January 1989. He was a playwright, director, actor, lyricist, theorist, activist, and journalist (he worked for India’s premier news agency PTI and for The Economic Times).

To bracket Safdar Hashmi solely as a communist or leftist artist is an injustice to arts and socio-political activism because his contribution to arts (street theatre) in post-independent India is immense and phenomenal – literally Himalayan!

In his brief lifespan he showed arts could be made accessible to the working-class and classless people not just for the bourgeois and the upper classes in urban India. Jana Natya Manch (People’s Theatre Front) co-founded by Safdar Hashmi is one of his legacies that continues to exist and flourish. He gave up a fulltime job to devote himself to political activism. He lost his life in the hands of thugs.

Halla Bol: The Death and Life of Safdar Hashmi by Sudhanva Deshpande is published by LeftWord. You can also purchase it from: LeftWord Sudhanva Deshpande is a theatre director and actor who has acted in over 4,000 performances of over 80 plays. He is the editor of Theatre of the Streets: The Jana Natya Manch Experience (Janam 2007), and co-editor of Our Stage: Pleasures and Perils of Theatre Practice in India (Tulika 2008).

Vijay Pershad, the director of Tricontinental (Institute for Social Research is an international, movement-driven institution focused on stimulating intellectual debate that serves people’s aspirations), historian, author of twenty-five books and journalist. In the first newsletter of the institute this year, he notes: “Thirty years ago, the communist director, actor, and writer Safdar Hashmi was brutally killed near Delhi while the troupe of which he was a part – Jana Natya Manch – performed a play. Their play – Halla Bol (Raise Hell) – was on behalf of Ramanand Jha, the communist candidate for the Ghaziabad municipal elections. Safdar was beaten to death by gangsters of the Congress Party (LeftWord Books in Delhi has just published a wonderful new book by Sudhanva Deshpande about Safdar’s life and its meaning for all of us).

“Safdar was luminous, a person of talent and affection, and of commitment to his party – the Communist Party of India (Marxist) – and to the struggle. One of his poems speaks directly to the spirit of this newsletter:

“Today if this country is safe,
It is because of my strength.
If I die today,
Civil war will start tomorrow.
Come, brave ones of India,
Come free me!

“Free me from this oppressive present and take me to a liberated future. His poem could be written on the walls of Santiago (Chile) or of Port au Prince (Haiti) or of Lilongwe (Malawi); it could be sung in Arabic or in Swahili, in Thai or in Farsi – and its meaning would resonate. Come free me.”