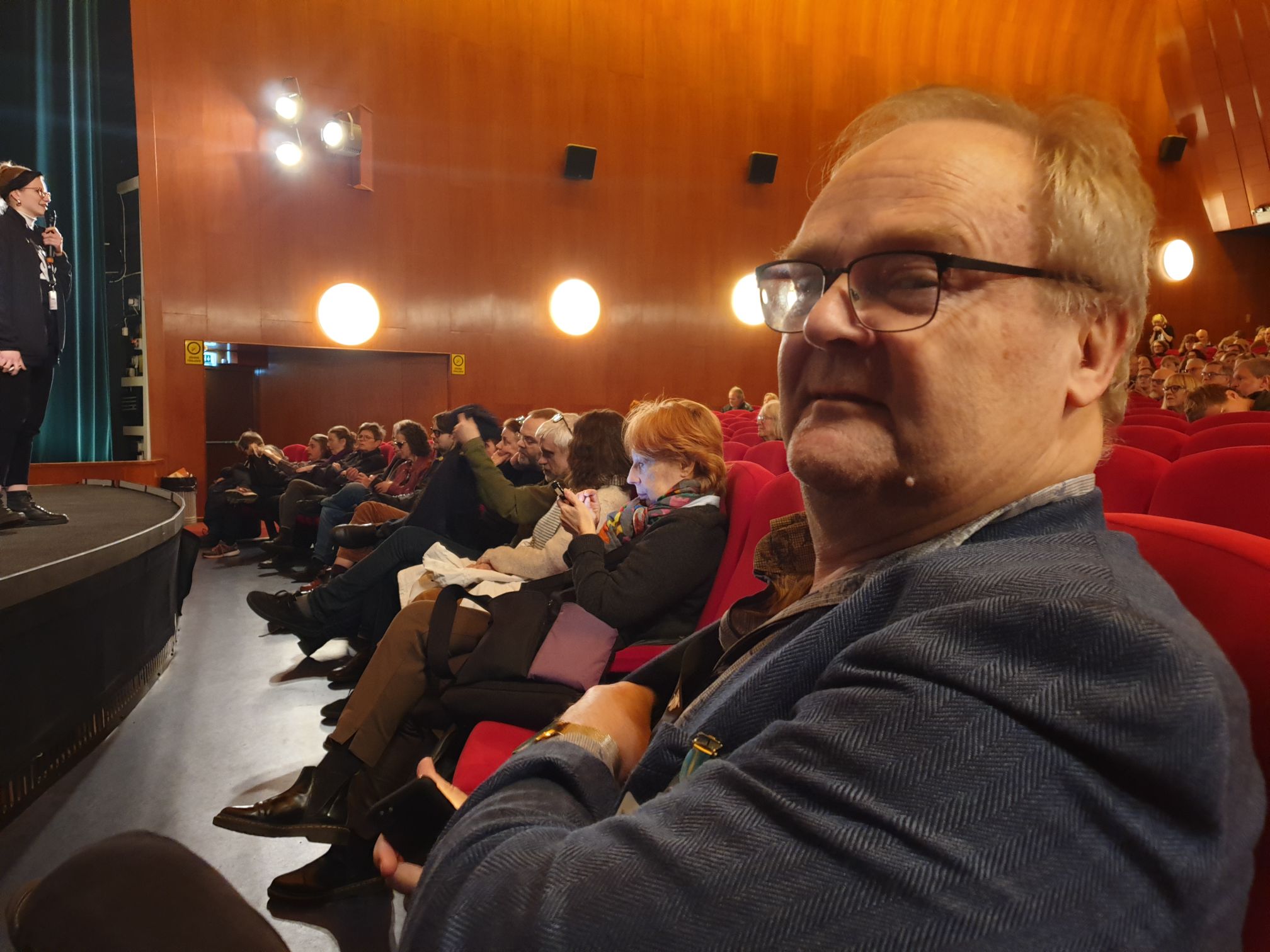 Audio description, or visual interpretation, is a way of describing the scenes in a movie in the form of words: visual to verbal, so that the blind person can understand the whole movie.

Visual interpretors or audio describers enable the sightless to experience the scenes in a movie or an exhibition in a museum or a programme on television ranging from landscapes, settings, gestures of characters in the unfolding scenes, colors, lighting effects among others so that the blind people can experience and understand the unseen.

Peter Lilliecrona is an audio describer in Sweden. He worked for three decades at the city theatre in Gothenburg, and retired with a skill in audio description for the visually impaired people. Today, he runs a not-for-profit organisation that helps blind people to watch movies. At the Göteborg Film Festival 2020, he got the task to interpret movies including Military Wives, Min Pappa Marianne, Spring Uje Spring, Charter, and A Beautiful Day in The Neighbourhood.

During Peter’s career at the city theatre, once a need arose to interpret a play for the blind people, and he did it. And he received a feedback from ‘an old lady’. Peter says, “She came to me and said please Peter don’t talk too fast, please don’t talk too much, but it is wonderful to hear you and that was thirty years ago.” Syntolkning Nu i Sverige is the organisation that Peter works for which he started ten years ago.

How will an audio describer describes a movie for a blind person in a movie theatre? Peter explains, “I will have a microphone and I will talk in the microphone in a low voice. I sit in the front row of the cinema looking at the movie and talk into … I don’t make other people hear around me what I am talking about … to describe what is happening on the screen. If someone is angry or anything you can see in the faces of the actors (that blind people cannot see) something that is interesting for the (listeners) to understand (when there is no dialogue or music).” Before interpreting the movie he makes sure to ‘see the movie at least one time’ so that he knows about the characters and the timeline and the scenes that would follow.

“It goes very fast but the most important thing is to know the characters in the movie, and you have a timeline of what is going on in the next scene since you have seen the movie a day before you have everything in the head and so you know what is happening and you can describe the movie from one scene to another scene,” he notes.

‘I become part of the storytelling’ Peter stresses with a sense of satisfaction. According to Syntolking Nu i Sverige there are about 125,000 visually-impaired people in Sweden, and about 30,000 in the West Coast of the country.