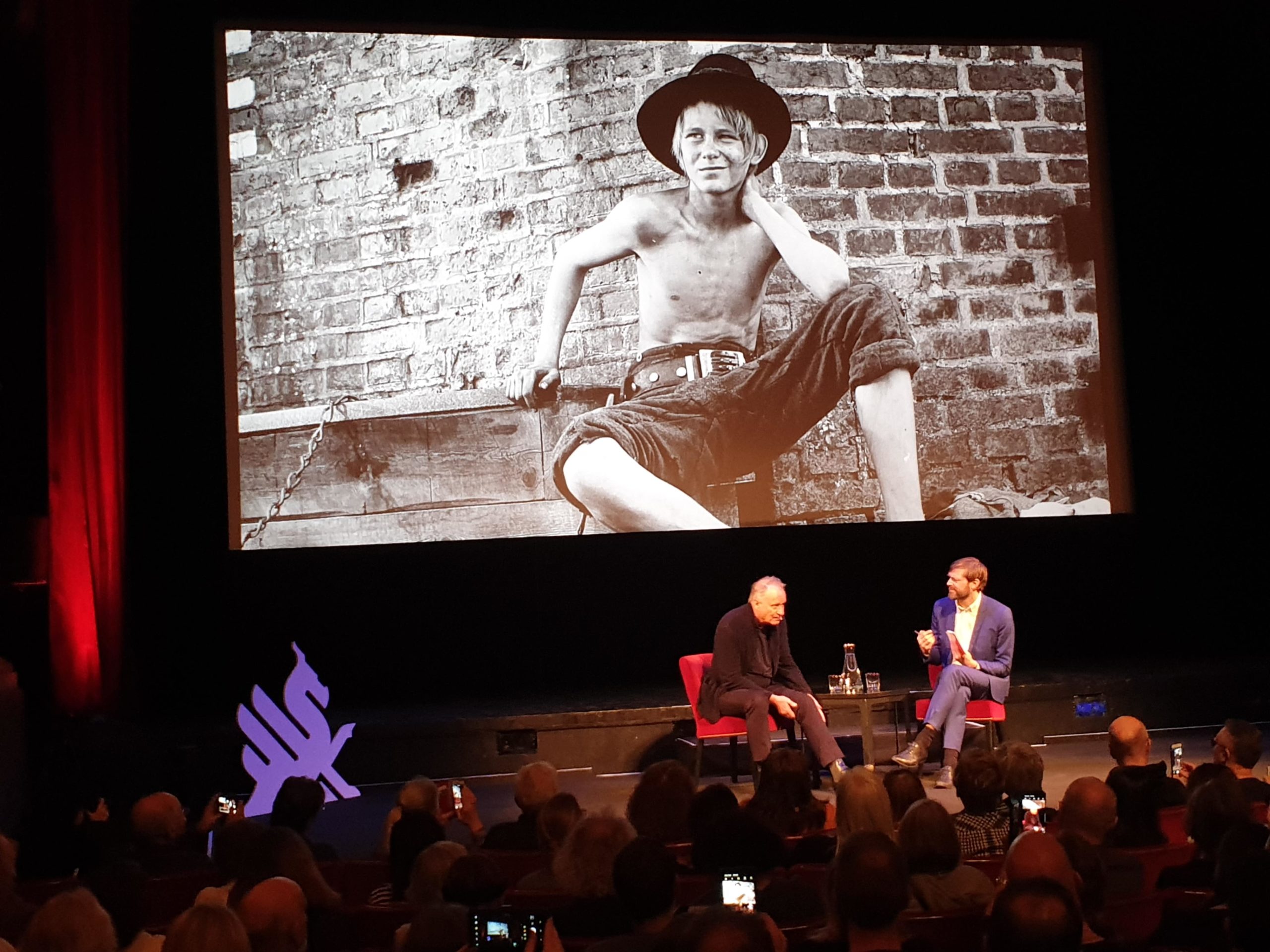 Stellan Skarsgård the Swedish actor of international fame said that the impact of Indian cinema as popular entertainment stretches from the west of India to the Mediterranean countries such as Morocco and covering all those countries of the Middle East. “There is no American star who is as loved as an Indian star is,” Stellan Skarsgård told Monsoon2047.com when asked about the Indian movies after he was conferred with an honorary award by Göteborg Film Festival.

The 43rd edition of Göteborg Film Festival in Sweden honoured Stellan Skarsgård with the Nordic Honorary Dragon Award. To a packed audience at Stora Teatern, Stellan Skarsgård spoke about his career in films in a conversation moderated by Jonas Holmberg the Artistic Director of Göteborg Film Festival. Stellan began his career in 1968 and in 1982 the movie ‘Den enfaldige mördaren’ brought him fame in which he plays the main role Sven and established him as an actor, and went to star in several American movies.

Talking about the Indian movies, Stellan said, “I see them…if I am in Morocco there is an Indian film, he said when asked about the impact of Indian cinema at the global level, “All over the eastern part of the world there is a Hindi film on.”

Stellan Skarsgård acted in the movie ‘My Son the Fanatic’ a short story written by Hanif Kureishi first published in The New Yorker in 1994. He recollected his time with deceased Indian actor Om Puri who was mobbed with fans in England: “I was shooting a film with Om Puri in England … My Son the Fanatic … walking through Bradford together with him was insane.”

Stellan said, “I made one Indian film that was The Perfect Murder many years ago with Naseeruddin Shah which was a very interesting experience but didn’t turn out well but I also learnt to know lot of Indian actors.”

Stellan John Skarsgård, born on 13 June 1951, began his career as an actor in theatre. At the age of 16, Skarsgård moved away from home and studied in Helsingborg but dropped out of school in 1969 and never went formal studies in acting. The 17-year-old Stellan had his first breakthrough in 1968’s four-episode TV series Bombi Bitt och Jag which was broadcast on Swedish TV. He also acted at the city theatres in Helsingborg (1968), Malmö (1969), Uppsala (1970–1971) and Stockholm (1972–1973). His international career began with the American film Noon Wine in 1985 directed by Michael Fields (played the role as mentally-disturbed immigrant farmhand and chased by a bounty hunter).

Stellan John Skarsgård is known for his roles in the movies:

Stellan Skarsgård lives in Sweden. His latest movie is The Painted Bird.