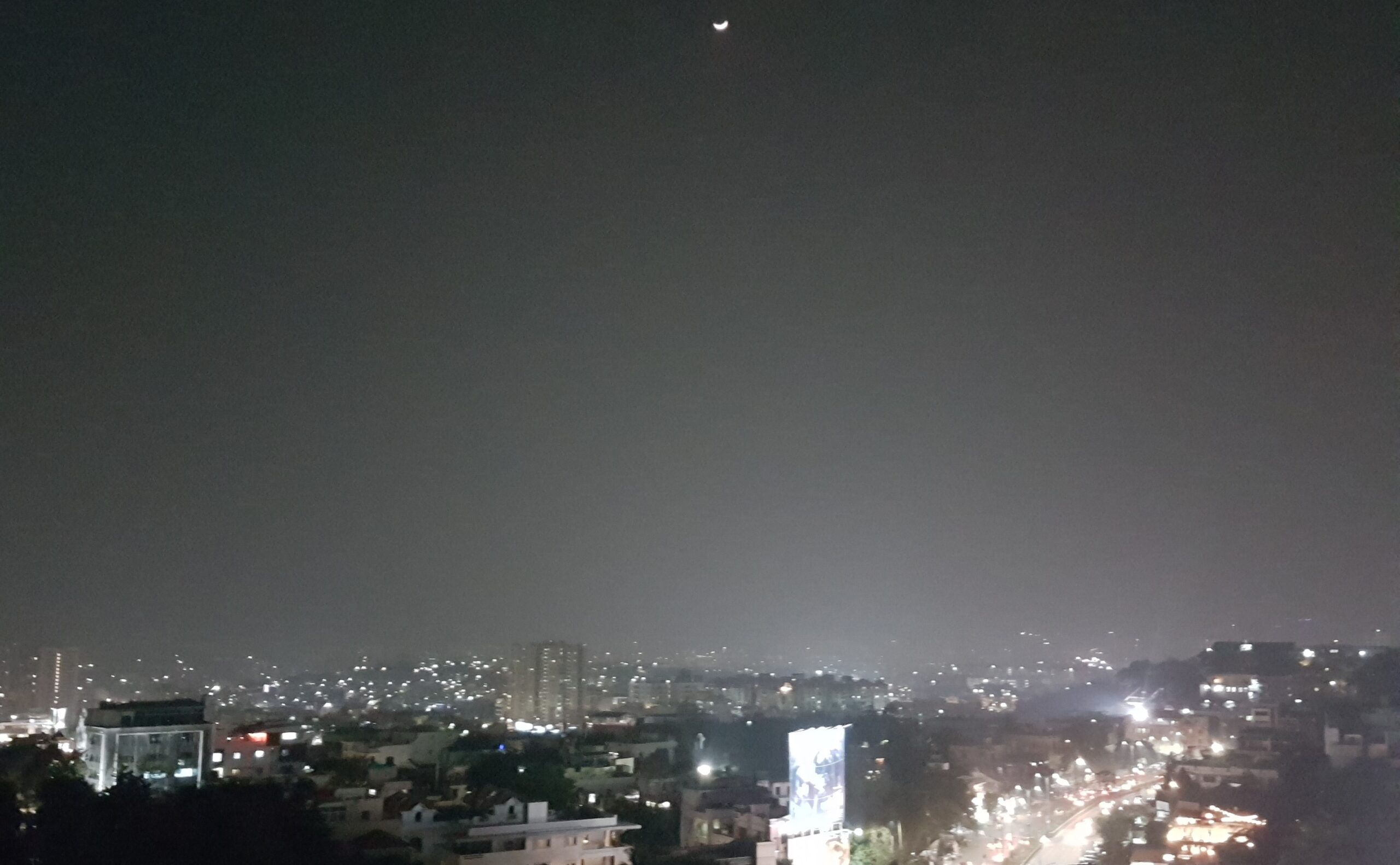 This was the first time in his life, today, until now, that the unmarried lawyer had not seen any human being. An hour and a half left for the day to disappear, deeper, into the drawn-in night and Hyderabad was fast asleep in the second lockdown in the second wave of Covid-19.

Licking his lips for the diffused whiskey around his mouth and shaking his head in disbelief over the news of the deadly variant of the SARS-COV-2, he took another sip of McDowell’s whiskey.

His stomach was churning, reminding him of some fuel for it. He would have preferred to have eaten something but he diverted the growing hunger with another sip of whiskey. He shook his head again, what is this deadly virus?

During the first wave of Covid-19 and in the first lockdown he had not been scared like he was now. At the time, he had welcomed all his friends, VIPs and non-VIPs, politicians who had lost their significance and lawyers who had lost their importance, politicians aspiring to become MLAs and MPs and lawyers aspiring to become advocates general and solicitors general, aam admis whom no one wanted to meet except him in Hyderabad. For many in the city, he was the first and last person to be called upon for his company from whom he expected to fetch their drinks and share them with him. With a deadly variant of SARS-CoV-2 back in the news in its new avatar, he did not venture out of his PG accommodation, which is the twenty-first avatar of YMCAs and YWCAs, except that he was no longer younger but as younger as the youngest in the world.

Today he avoided all of them despite their incessant messages on WhatsApp and calling him. He realized inviting any one of them would be inviting himself to the hospital and dying there in addition to calling his farmer brother to pay the hospital bill. Moreover, there is only one wish in his life: a calm death in his bed in the company of a television or a glass of whiskey or both of them would be a bonus.

As he took another sip of whiskey and was agreeing to the pithy song on the television by nodding his head, there was a blunt knock on the door. He had no idea who the visitor was or who it would be at this time of the day. If he would not open the door, the visitor would anyway be banging the door until it was broken assuming he would be dead.

Faced with Hobson’s choice, the unmarried lawyer unlocked the door and quickly ducked. He saw the feet of the visitor; his eyes fixed on his cheap chappals: This was a man who bulges with cash in the four pockets of his trousers, when the ATMs would be dry he would be having cash in his attic, yet he wore the cheapest slippers in the city.

Still ducking, the unmarried lawyer smelled just-now-cooked lamb roast. Slowly he lifted his head to see the face of the visitor. In the other hand of the visitor, there was 100 Pipers whiskey. He could live without the whisky and the lamb roast but the fear that visitor, who was the owner of the building, would ask for the unpaid rent in the morning and would utter acerbic utterances. He leapfrogged backward and stood up, and said, ‘Oh brother, come in, come in.’

Though he was sure, the owner of the building would be one of the carriers of the deadly variant of the Covid-19-causing virus in the city, he smiled at the uninvited face of the man, who had none for a company today. The visitor sat in the chair, the only chair in the room, and called from his mobile phone for his two personal assistants to come over for personal service: to pour whiskey into the glasses and to make plates for the lamb roast.

The unmarried lawyer sat on the cot smiling at his fate and thinking to himself, who would cry if I wouldn’t wake up tomorrow, except myself, my soul, if it has conscience or consciousness. He prepared for the new day beginning now at the midnight and told himself: The morning will be a gift.