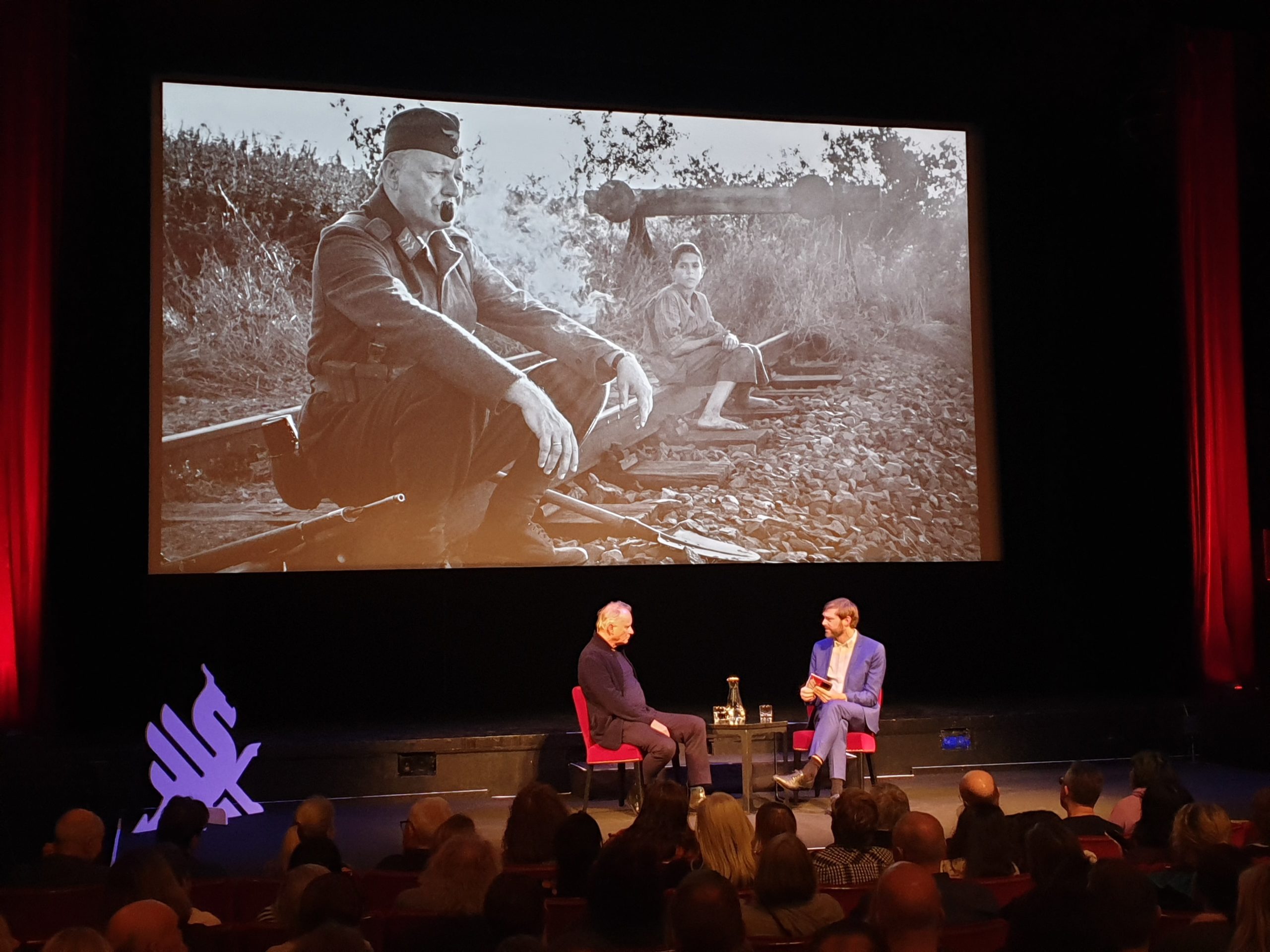 Stellan Skarsgård the Swedish actor of international fame is playing a key role in the movie ‘The Painted Bird’ as Hans. The 43rd edition of Göteborg Film Festival in Sweden honoured Stellan Skarsgård with the Nordic Honorary Dragon Award.

During a conversation about his film career moderated by Jonas Holmberg the Artistic Director of Göteborg Film Festival, Stellan spoke about ‘The Painted Bird’. To a question asked by Jonas Holmberg about The Painted Bird pointing out to the emotions the film drew at Venice Film Festival, Stellan Skarsgård said that the director of The Painted Bird contacted him eleven years ago about this film. After that Vaclav Marhoul got the rights to adapt the book into a movie, and he wanted to finance the film for which he wanted few big names, and Stellan agreed. Stellan said it was absolutely impossible to get finance for such a film which is a traditional arthouse film but the director Vaclav Marhoul succeeded. Stellan said, “He filmed it for two years…and it is like the old cinematic masterpiece of Eastern Europe…black and white and wide screen… almost no dialogues, it is a cinematic storytelling and it is fantastic and it is a film you wanted to see and I signed up.”

The Painted Bird is a novel written by Jerzy Kosinski the Polish-American writer. The 1965 novel is a story about a boy during World War II who wanders in villages of Eastern Europe. The boy, Jewish or Gypsy stray, meets peasants who indulge in unorthodox lifestyles such as incest, bestiality, lust, rape and violence. The boy spends time with a professional bird catcher who paints them in several colours of the birds of he has captured but releases them to search of a flock of its kin – but the painted bird returns to its flock, the flock sees it as an intruder and attacks it until it drops off from the sky!

The book and the author received acclaim: Elie Wiesel mentioned that book was ‘one of the best… Written with deep sincerity and sensitivity’ But the authorship of The Painted Bird came under scrutiny, too. M. A. Orthofer wrote ‘Kosinski famously liked to pretend he was someone he wasn’t (as do many of the characters in his books), he occasionally published under a pseudonym, and, apparently plagiarized and forged left and right’.

The Painted Bird is adapted into a feature film in 2019 by Vaclav Marhoul the director and producer of the film. It is a black-and-white film, and it is the film in Interslavic language (so that no Slavic nation would nationally identify with the story).

The Slavic-speaking countries are Czech Republic, Bosnia, Serbia, Poland, Slovakia, Belarus, Russia, Ukraine, Bulgaria, Macedonia, Croatia, Slovenia and Montenegro. And, Slavic-speaking people are scattered in Europe. According to Harvard University, “For over a thousand years of recorded history, the places and peoples of the lands of today’s Eastern Europe and Russia have excited curiosity and beckoned visitors. Key to these peoples and cultures are the Slavic languages: Russian, Ukrainian, and Belorussian to the east; Polish, Czech, and Slovak to the west; and Slovenian, Bosnian/Croatian/Serbian, Macedonian, and Bulgarian to the south. All of the Slavic languages are closely related to each other, but they are also related to the Romance and Germanic languages, including English, and to others in the Indo-European family.  In spite of the linguistic similarities of the Slavic languages in culture, religion, history, and political tradition, these countries and peoples have followed different paths—paths that have frequently crossed in the creation and disintegration of empires in the constantly changing political landscape of Eastern Europe.” The Slavic department at the university offers instruction in five Slavic languages: Russian, Ukranian, Polish, Czech and Bosnian/Croatian/Serbian.

Vaclav Marhoul is reported to have said why he has to use Interslavic language in the place of a Slavic language: ‘I didn’t want the villagers (speaking) Ukrainian or Polish or Russian or something like that because those people (the villagers in the film) are really bad people. … I didn’t want some nation to be associated with that’.

Vaclav Marhoul was born on 30 January 1960 in Prague the capital of Czech Republic (but then part of Czechoslovakia). He is one of the most revered film directors in Europe.