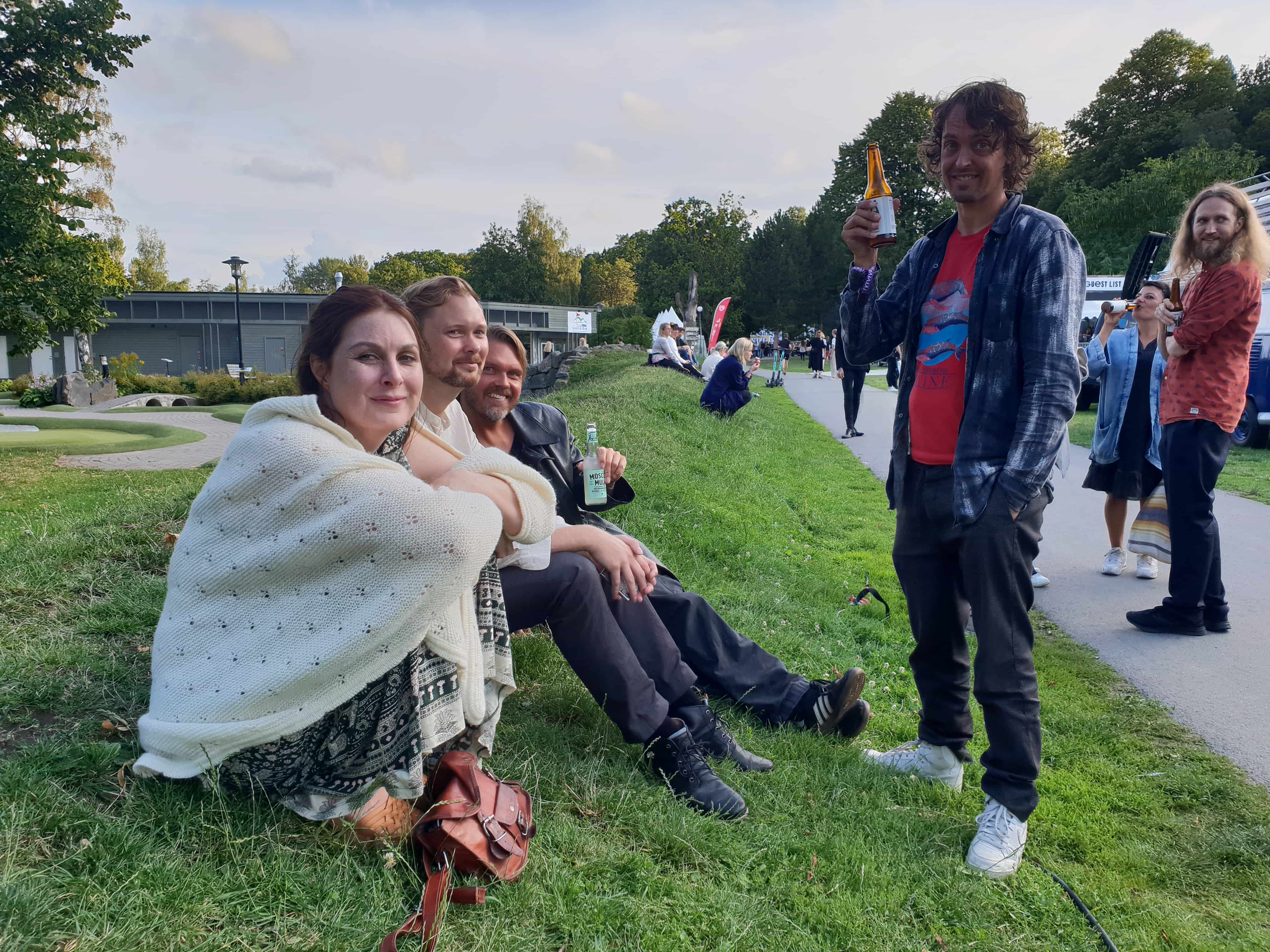 Artists who direct a movie know better than the rest of them involved in the making of a movie as – how difficult it is to get a movie to the movie theatres from pre-production to post-production. What drives a director to work on a movie is his or her artistic commitment and the ideas. The Scandinavian film director Johannes Nyholm, ‘jack-of-all-trades’  says filmmaking is tougher all over the world but the directors direct the movie for it is their love! He says a director cannot sit back and relax after a film hits the screens but move on to the next project as the struggle to survive continues and to flourish in the field extends.

PHOTO CREDIT: Monsoon2047. In the photo, from left to right are Ylva Gallon (the heroine in the film – Elin), Gustaf Berger (the sound engineer of the film), Leif Edulund (the hero in the movie – Tobias) and Johannes Nyholm (the director and scriptwriter of Koko-di Koko-da).

Koko-di Koko-da is a 2019 Swedish-Danish drama film. The film is Johannes Nyholm’s second feature film. He is the promising film director of twenty-first century Scandinavian films. The movie is slated for the release in cinemas and it was screened in the World Cinema Dramatic Competition section at Sundance Film Festival 2019.

Johannes Nyholm talks to Monsoon2047 about the inspiration for his movies, about the nitty-gritties involved in making a movie, about his third movie and how is it to be at the WAY OUT WEST 2019 festival. Listen to the podcast:

WAY OUT WEST noted about the movie: “Three years after they were hit by tragedy, the relationship between Elin and Tobias is severely disrupted. As they drive to a nature reserve where they are planning to camp, their words and the silences in between are steeped in irritation and reproach. Despite Elin’s objections, Tobias steers the car deep into the forest to put up the tent in pitch dark.

“At dawn, Elin goes outside for a pee. A white cat, the same one that crossed their path the night before, attracts her attention. Then we hear a circus tune coming from the forest; it heralds a trial that will be repeated time and again, like a nightmare from which they cannot awake. What’s going on, and how can they escape their cruel, stupid fate?”

Johannes Nyholm in his second feature film ‘incorporates a variety of ideas, some of which he already tackled in a music video and a short film’.

“In his peculiar visual universe, he mixes live action with classic animation techniques to cross the boundary between fantasy and reality. Like his shadow puppets, which are moved along a screen on visible strings, Elin and Tobias also fail to free themselves from their prescribed role in the sadistic spectacle in which they have become entangled. In the twilight zone between night and day, sleep and awakening, they repeatedly are forced to confront their deepest fear: being alone.”