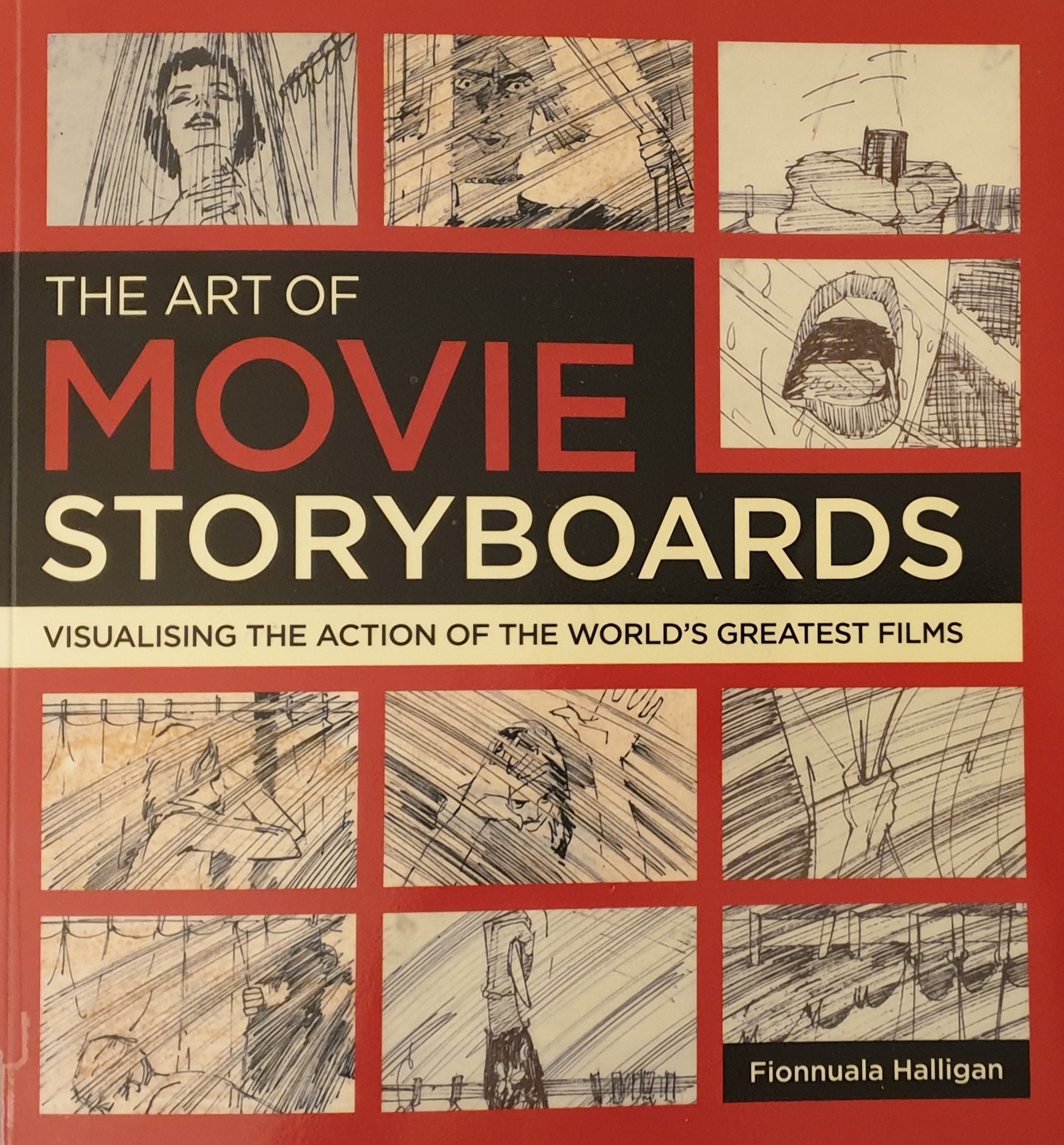 The storyboard artists of movies are the unsung heroes of films although they are the first to give a vision to a screenplay. They, also referred as product artists or concept artists, translate the words of the screenplay on the pages into progressive images for the screen, filming. Their craft, often likened to art, lies in the visual communication of a script after taking the aspects of composition, movement, camera angles, special effects, the rhythm and the pacing of a scene, the character’s expression in a scene and others. They visualise the action of the movie’s story.  Some consider the storyboard artists’ work is a unique form of art in itself.

THE ART OF MOVIE STORYBOARDS: Visualising the Action of the World’s Greatest Films is written by Fionnuala Halligan, film critic and consultant. This is a book that is part of the Filmcraft series published by Ilex Press. The books in the series of FilmCraft are on Costume Design, Directing, Editing, Producing, Production Design, Screenwriting, Cinematography and Storyboards. The book sings paeans to storyboard artists. It showcases a collection of storyboards in a range of styles, some of cinema’s greatest moments such as William Cameron Menzies’s Gone with the Wind, Saul Bass’s Psycho and Spartacus, Jane Clark’s Harry Potter and the Goblet of Fire among others.

Although the film industry in every continent and country tends to mirror the filmmaking practices of the world, storyboarding is not an industry-standard practice. The book makes a point about why and how storyboarding help, and had helped, many filmmakers. The storyboards especially emerged in the arthouse marketplace where the director himself/herself donned the artist and gave a first visual narrative as to what was in his/her mind.

Pather Panchali is the story of a poor Bengali Brahmin family of five – father, mother, young son Apu, impish daughter Durga and an old widowed aunt – set in the early 20th –century.  Satyajit Ray had worked as a graphic artist and had illustrated a children’s version of the novel. The story continued to remain dear to his heart; later, he adapted it to the screen as a filmmaker. He started to make concept storyboards for the would-be film. The book informs about the challenges of making the film encountered by Satyajit Ray, 1952-1955. But he was determined to evoke humanism, lyricism and the truth in the story. ‘Throughout the three years of intermittent production searched for funding armed with two tools to show potential backers. One was a small notebook, filled with sketches, dialogue, and the treatment; the other was more of a sketchbook containing gouache illustrations of the film’s key dramatic moments. Ray later donated these to the Cinematheque Francaise in Paris.’

‘The script (Pather Panchali) had to retain some of the rambling quality of the novel because that in itself contained a clue to the feel of authenticity: life in a poor Bengali village does ramble.’ –Satyajit Ray

Whether the storyboarding practice is adopted or not adopted by filmmakers in the 21st century, but the practice gives a visual gist of the story to the director. The storyboard artist is the one who can give first visual cues to the story before the production of a movie, which is also a metaphor for reality.