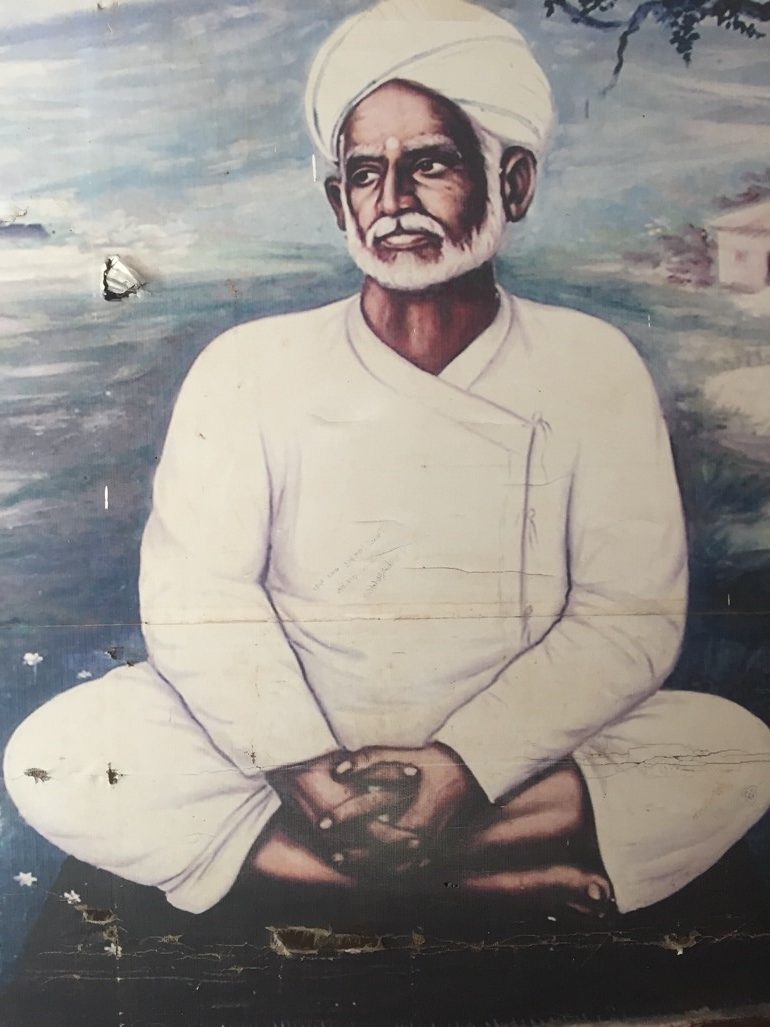 India is a diverse country in all its avatars. In the state of Karnataka there is an unsung person whose life echoes the secular fabric in the DNA of India.

Shishunala Sharif popularly was known as “Kabir of Karnataka”. He was born in the year 1819 at Shishuvinahala currently present in Haveri District. He was born to Hujjama and Imam Saheb. He was named as Muhammad Sharif before Shishunala became his first name.

Sharif was a medic, he treated patients at his home with alternative therapies. Initially, Sharif  learnt therapeutic skills from his father and from the scriptures of Hinduism. He lived a life that was enmeshed in Islamic and Hindu cultures (a reminder to those whose mind-sets are divisive, and Sharif’s life serves as an example for peaceful coexistence of both the religions, all the religions in India).

In early childhood,  he was playful and was fond of pigeons. He believed every life on earth has equal rights to live like human beings. Once Sharif was playing with his friend who was carefully observed by Guru Govinda Bhatt.

Guru Govinda Bhatt was teacher, and a disciplinarian. He was in search of an ideal student and found that ideal student in Sharif .The teacher asked Sharif who his father was. Sharif was annoyed but replied ‘your father is my father’. Upon hearing this answer, Guru Govinda Bhatt decided that Shairf will be his student. With the permission of Sharif’s parents Govinda Bhatt took him to his house and started teaching him.

Sharif was a smart and religious student, and he obeyed his  Guru Govinda Bhaat and followed his footsteps. Soon he gained knowledge. Bhatt taught him including Gadugina Bharatha (Mahabharata of Karnataka) and other Hindu epics, mythologies, Ayurveda, yoga and pranayama. This led to opposition from the Hindu community but Govinda Bhatt continued to teach Sharif and provided him Janivara (A sacred thread).

Sharif gained insights regarding into Hindu and Islamic religions. He concluded that God is one and Universal. Later with the advice of his guru he decided to marry Fatima, and returned to his Village.

Sharif started teaching by opening a school and in the evening he started practicing Bayalata kunitha (A local folk-dance form). At the time, he lost his wife while she was delivering a baby girl.

Sharif started composing and writing lot of folk songs, which are famous and sung till date. He decided to join his Guru and began to explore lot of miracles.

Once such an incident happened where Guru Govinda Bhatt ran out of Share (arrack, brewed locally). Sharif decided to get it without a penny in his pocket so goes to a temple and prays the goddess in return goddess offers him her nostril.

Shishunala Sharif (1818-1889) also experienced a plague during his lifetime like we are experiencing the pandemic COVID-19 or coronavirus disease. Back then there was a similar situation where most of the country was effected with the deadly outbreak of plague. People were dying and the whole village started turning into graveyards. Sharif knew the reasons behind the deaths, he had mentioned this in one of his famous songs Sorutihudu maneya malege aggnyanadinda  (Effects of illiteracy). He mentioned a phrase huluku janti meaning a virus is leading to all the devastations. To control the situation Sharif prepared a disinfectant and sprinkled in and around every house in the village, the plague was fought, and eradicated.

The love for animals continued in Sharif until his last breath. He was also a veterinarian and he used to treat lot of cattle and pet animals with Ayurveda that he learnt from his father and his guru.

In the 21st century India, Sharif is popular among Hindus and Muslims to this day. He is an example for coexistence and brotherhood. After the death of Sharif, both the Guru and Student are buried together at Shishivinahala. This is one of the places in Karnataka where people visit to pay tribute for the teacher and the pupil.