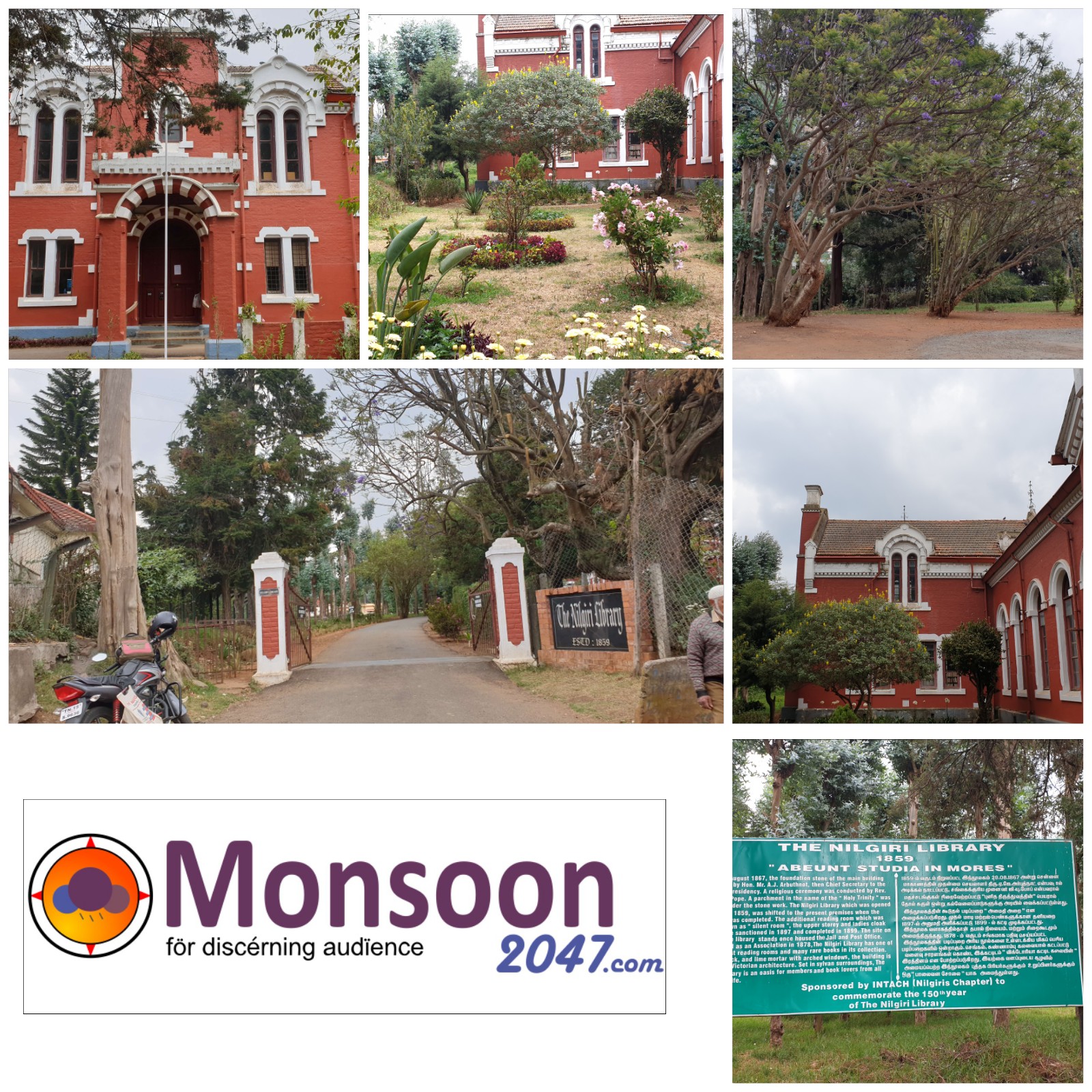 One of the colourful two-storeyed buildings in Ooty is The Nilgiri Library. The Victorian building in the Nilgiris district is daubed in terracotta-red and white. It has a high-ceilinged central reading room with a slated roof. Built with bricks and mortar, floors and ceiling covered in teakwood, the building stands to this day overseeing changes over one and a half century. Inside the central reading room of the library, there are teakwood shelves showcasing books.

In its 150 years of existence, it has been serving people as a place to borrow books, and as a place to visit to study. It had been a feeder library to the Madras Library, and as a membership only library with 30,000 plus books.

The Nilgiri Library is one of the oldest colonial libraries that is existent in the country, and still serving for which it was built: for books and readers. The semi-Gothic building was built to cater to the needs of the European readers living or visiting the hill station: it served the books-borrowing class and acted as a feeder library to the Madras Library but membership-based. It started as a reading library – who wanted to read book but could not read books because they could not carry a book as they were on a short trip to the hill station.

A signboard put up by INTACH (Nilgiris Chapter) to commemorate the 150th year of the Nilgiri Library informs: “On 28th August 1867, the foundation stone of the main building was laid by Hon. Mr A. J. Arbuthnot, then Chief Secretary to the Madras Presidency. A religious ceremony was conducted by Rev. Dr G. U. Pope. A parchment in the name of the ‘Holy Trinity’ was placed under the stone work.

“The Nilgiri Library which was opened earlier in 1859 was shifted to the present premises when the building was completed. The additional reading room which was also known as ‘silent room’, the upper storey and ladies cloak room were sanctioned in 1897 and completed in 1899. The site on which the library stands once housed the Jail and the Post Office. Registered as an Association in 1878, the Nilgiri Library has one of the largest reading rooms and many more books in its collection.

“Built of brick, and lime mortar with arched windows, the building is a gem of Victorian architecture. Set in sylvan surroundings, the Nilgiri Library is an oasis for members and look lovers from all walks of life.’

Ooty is also known as Ootacamund, and Udagamandalam. It is the district headquarters of the Nilgiris district of Tamil Nadu in south India. The Nilgiris district is mountainous, ranges between 900 and 2636 metres, and it is part of the Western Ghats. The district is nicknamed as Blue Mountains: the blue (neel) or the violet colour of the mountains is derived from Kurunji, Strobilanthes kunthiana, a rarest plant on earth. Kurunji grows and flowers once in twelve years.  According to the 2011 census, the district has a population of 7,35,394 and the size of the district is 2452.50 square kilometres. Nilgiris has been mentioned in the Silappadikaram (The Tale of an Anklet) — Cilappatikāram (Silappathikaram[ or Silappatikaram) is the earliest Tamil epic poem of 5,730 lines composed entirely akaval (aciriyam) meter. It is a tragic love story of Kannaki and her husband Kovalan, composed about 5th- or 6th-century CE.