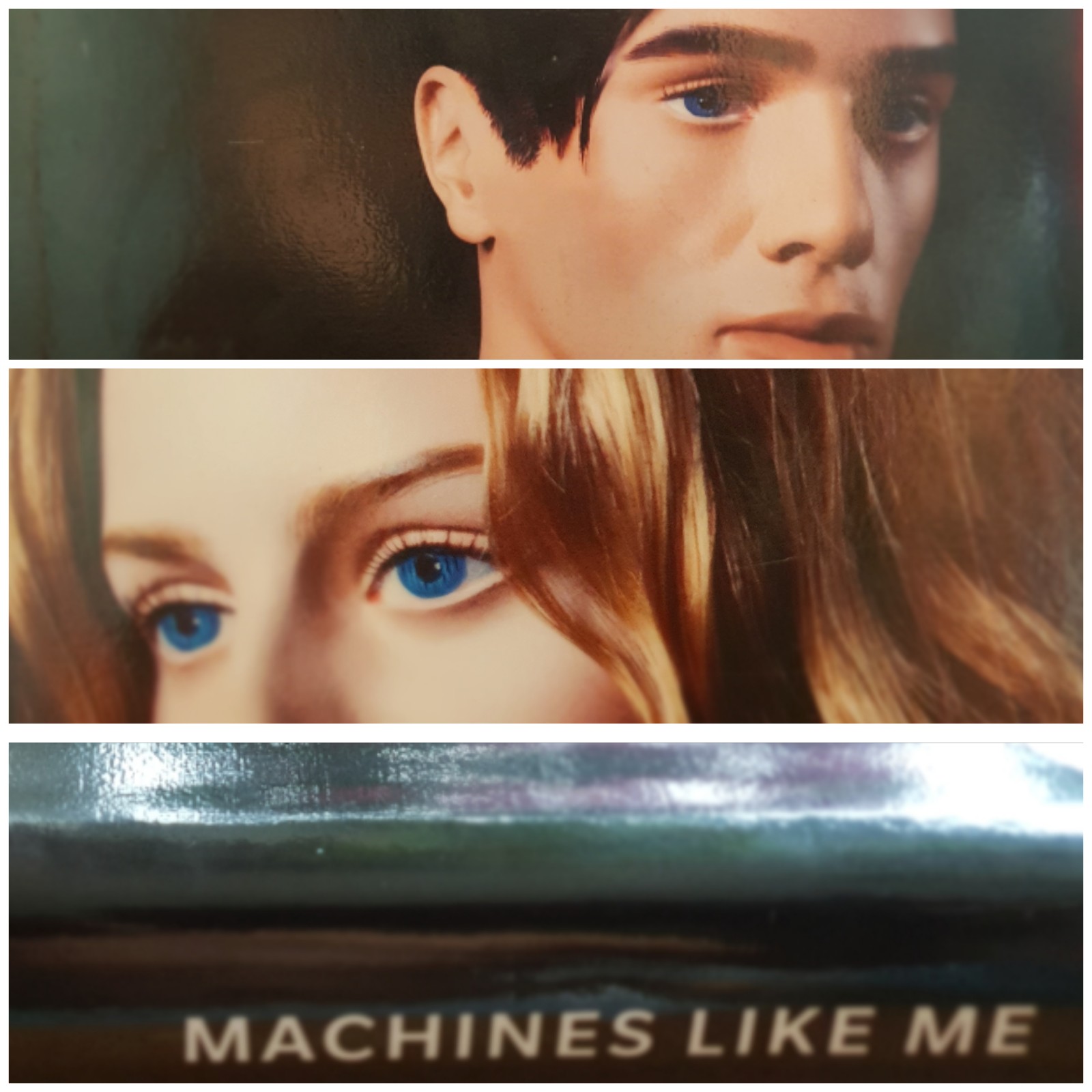 Human beings quest to discover things is unstoppable. Human beings endeavour to invent objects is ongoing. In this journey of discovery and invention is machines: a machine that is almost like a human being.

Ian McEwan’s new novel, MACHINES LIKE ME, is about a synthetic human named Adam. The full title of the novel is MACHINES LIKE ME AND PEOPLE LIKE YOU published in 2019 by Jonathan Cape which is part of Penguin Random House. Charlie, who narrates the story in the novel, buys ‘the first truly viable manufactured human with plausible intelligence and looks’. Charlie tells: “We knew from the excited publicity that he formed sounds with breath, tongue, teeth and palate. Already, his lifelike skin was warm to the touch and as smooth as a child’s. Miranda claimed to see his eyelashes flicker. I was certain she was seeing vibrations from the Tube trains rolling a hundred feet below us, but I said nothing.” Together, Charlie and Miranda creates a personality for that manufactured human: Adam.

The fictional narrative has non-fictional background and characters: “Britain has lost the Falklands war, Margaret Thatcher battles Tony Benn for power and Alan Turing achieves a breakthrough in artificial intelligence. In a world not quite like this one, two lovers will be tested beyond their understanding.

“Machines Like Me takes place in an alternative 1980s London. Charlie, drifting through life and dodging full-time employments, is in love with Miranda, a bright student who lives with a terrible secret. When Charlie comes into money, he buys Adam, one of the first synthetic humans and – with Miranda’s help – he designs Adam’s personality. The near-perfect human that emerges is beautiful, strong and clever. It isn’t long before a love triangle forms, and these three beings confront a profound moral dilemma.

“In his subversive new novel, Ian McEwan asks whether a machine can understand the human heart – or whether we are the ones who lack understanding.”

The novel gives an insight into the minds of two people in designing the personality of a synthetic human or human with AI. The first person narrative makes the novel a compelling read:

“I grew up in a village near Stratford, Warwickshire, the only child of a musician father and community-nurse mother. Compared to Miranda’s, my childhood was culturally undernourished. There was no time or space for books, or even music. I took a precocious interest in electronics but ended up with an anthropology degree from an unregarded in the south Midlands; I did a conversion course to law, and once qualified specialised in tax. A week after my twenty-ninth birthday I was struck off, and came close to a short spell in prison. My hundred hours of community service convinced me that I should never have a regular job again. I made some money out of a book I wrote at high speed on artificial intelligence: lost to a life-extension-pill scheme. I made a reasonable sum on a property deal: lost to a car-rental scheme. I was left some funds by a favourite uncle who had prospered by way of a heat-pump patent: lost to a medical-insurance scheme. …