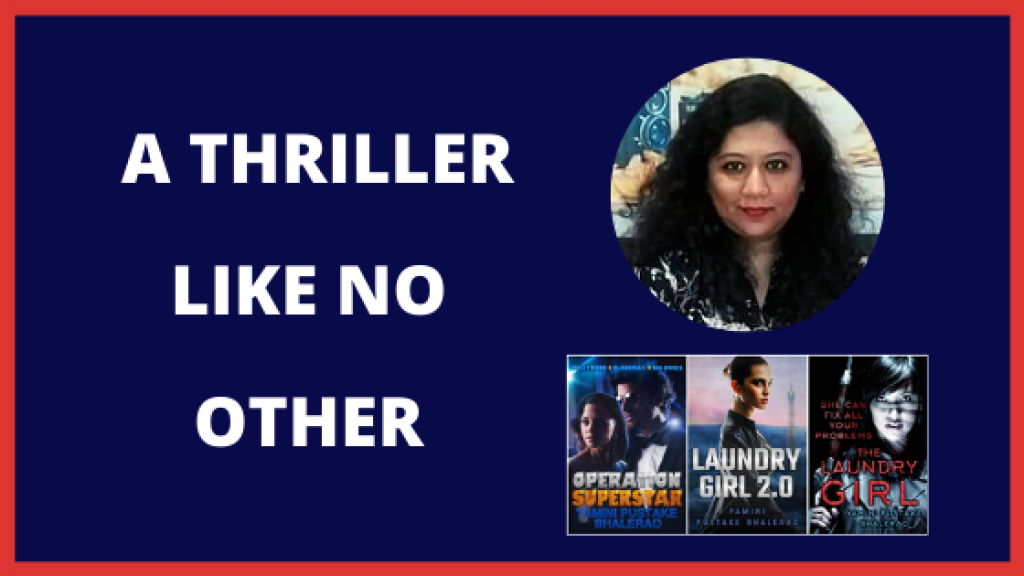 A Spy in China is a thriller published as a digital serial by Juggernaut. It will be released in Hindi and English on the Juggernaut app, a new episode is released every Friday. Serialized fiction was a popular format of publishing during Britain’s Victorian era in periodicals. Charles Dickens’ The Pickwick Papers, and Sir Arthur Conan Doyle’s Sherlock Holmes first appeared as instalments and then published as a book.  With internet and smartphones, Juggernaut has ventured into serial publishing of fiction on digital screens.

‘With so much going on in the world, the one thing we all want is an escape. Whether it’s a show on Netflix that we binge-watch or a book whose world we crawl into like it’s a safety bunker, we want a cocoon that takes us away from the “real world”. But, let’s be honest. It’s impossible to not think about the world around us. At Juggernaut, we asked ourselves what a fun, page-turning thriller set in real-time could look like. Something that we would hook us with its gripping plot and send a shiver down our spine because of its topicality. So we commissioned A Spy in China from Yamini P. Bhalerao, one of our favourite thriller writers,’ said Chiki Sarkar the publisher at Juggernaut.in in an email at the launch and release of the first serial of the thriller. ‘Based on the recent Indo-China conflict, with the shadow of COVID-19 looming behind, A Spy in China takes the headlines and creates masala magic.’

“His pulse quickened as he lifted the bloodied sheet covering the soldier’s body even though he had decades of military experience. He had fought wars and knew what death looked like. He had seen men around him, his brothers, brave heavy firing and hold their ground in front of enemy tanks and fight on. He had identified their war-torn bodies in the dead of night. He had watched their families weep inconsolably, with their heads held high. Over the many years of his service, Major General Suryaveer Singh had learned to control his emotions, ensure that death, cruelty, grief or shock didn’t rile him. And yet, as he gazed at this young man lying in front of him, he felt his pulse quicken and his mouth turn bitter with anger, something he had grown unfamiliar with,” is the opening paragraph of the thriller A Spy in China. The first chapter is also published on medium.com You can click on the hyperlink to read: A Spy in China – India Fights Back Chapter 1

Yamini Pustake Bhalerao’s A Spy in China is set against the backdrop of the border tension between India and China as well as the global pandemic of covid-19. She is currently the Ideas Editor at SheThePeople.TV. She completed her degree in dentistry but she is a full time writer now. In an interview with her publisher Juggernaut, she spoke about the thriller set against the backdrop of a pandemic: ‘COVID-19 has clearly divided our lives into “before” and “after”. No matter what you do or think about today, it is impossible to not do so in the context of the pandemic. I think COVID-19 is influencing every writer right now, it is making us question the premise of our stories, and characters we create, because of the magnanimity of the situation and because there is simply no clarity to where we are headed. When will this crisis be over? What will the post crisis world be like? Will we ever go back to living the way we did in the pre-coronavirus world? We are dealing with these questions on both personal and professional levels. So in a way, it has impacted every aspect of my writing. The entire universe that I have created for the Laundry Girl so far, stands challenged by a global catastrophe I didn’t see coming. However, the good thing when you write fiction is that you can turn and twist the situation as you like, it can be cathartic for a person who hasn’t left her house for months now.’